iowa may break you. 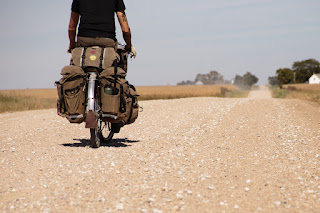 uf... it was getting rough there for a little bit. i ran into some unforeseen affects of long-distance touring and it was grinding me to a halt. the last half of iowa was a tough stretch, to say the least. i made it to my destination of lincoln, NE. and took a week of to straighten my head out, and not a minute too soon.

when you effectively ride your bike for the equivalent of a full-time job, if not more, it becomes routine. you wake up, pack up camp, get in the saddle and ride, find a spot, set up camp, fall asleep, repeat. what had been exciting everyday becomes just what you do day in and day out, and that's not a good place to be. i'm sure plenty of distance tourists have run into this but i've never heard anyone ever talk about it. it's probably just like anything else, in retrospect you forget much of the bad and candy-coat everything. well, it's a thing, it happens, and it's not cool. 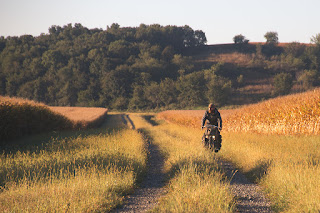 for me it was a mixture of loneliness, depression, never-ending cornfields, and straight up physical exhaustion. all of these things combined to a point where i was basically looking up bus schedules and utterly giving up. what an awful thought. things had conspired against me an almost had won. 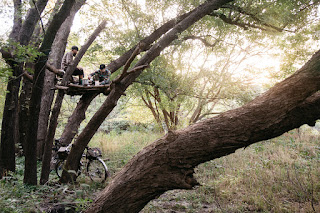 when i rolled into lincoln i had already had a long shitty day of rain, headwinds, awful strip malls, horrible directions from google, and absolutely no motivation nor enthusiasm for being on a bike. i spent the next week hanging out with some really good people at monkey wrench cycles, eating good food, drinking excellent coffee, riding around town and just taking a break from touring. it could not have happened at a better time, or any later for that matter. those guys are far too generous and cool for their own good... plus, they have, hands down, the coolest bike shop i've ever been in, and that includes the shop i used to own. it had to be said.

i was able to regain some enthusiasm and excitement for the tour. i had come half-way across the country, up to the literal start of the west [the intersection of O street and 13th in lincoln, NE is marked with a giant compass and says it's the official start of the west], i could not stop now. i put my time in through the cornfields, i came to see prairies and mountains and that's exactly what i'm going to see, dammit.

so my tour continues. i have my apprehensions but i know, i know, that when all is said and done i'll forget much of the bad and candy-coat everything too. 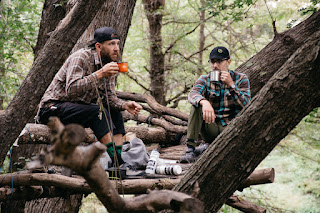 carl, nate and eric, i'll miss you guys... you helped me out in a big way and you didn't even know it.

34.4 miles taking new riders out on the old regular rides is a nice thing... and doesn't happen often. the roads i've ridden so ... 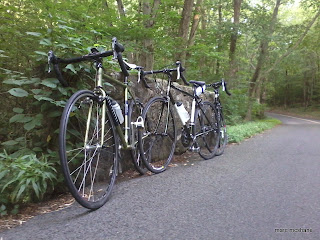